Banana trees, tea, coffee and sugarcane plantations welcomed us to this tropical country. We cycled through the rolling hills to Kampala where we stayed with John’s cousins. Laura and Richard immediately got the braai on and took us to some nice pubs and restaurants. John and I got so excited with a trip to the South African grocery store (Shoprite) that we went back three times, not necessarily buying anything but mostly just admiring the huge range of canned foods. Kampala is a city with money with loads of foreigners living and working in it. Investment in Uganda is very favourable with its lenient investment policies and incentives. 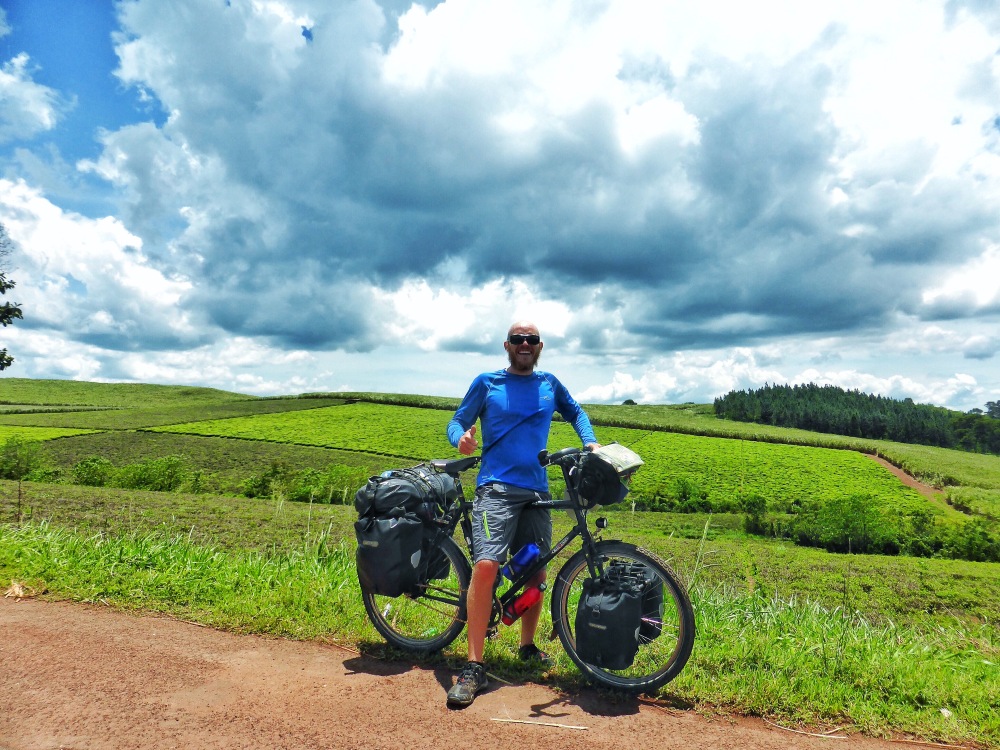 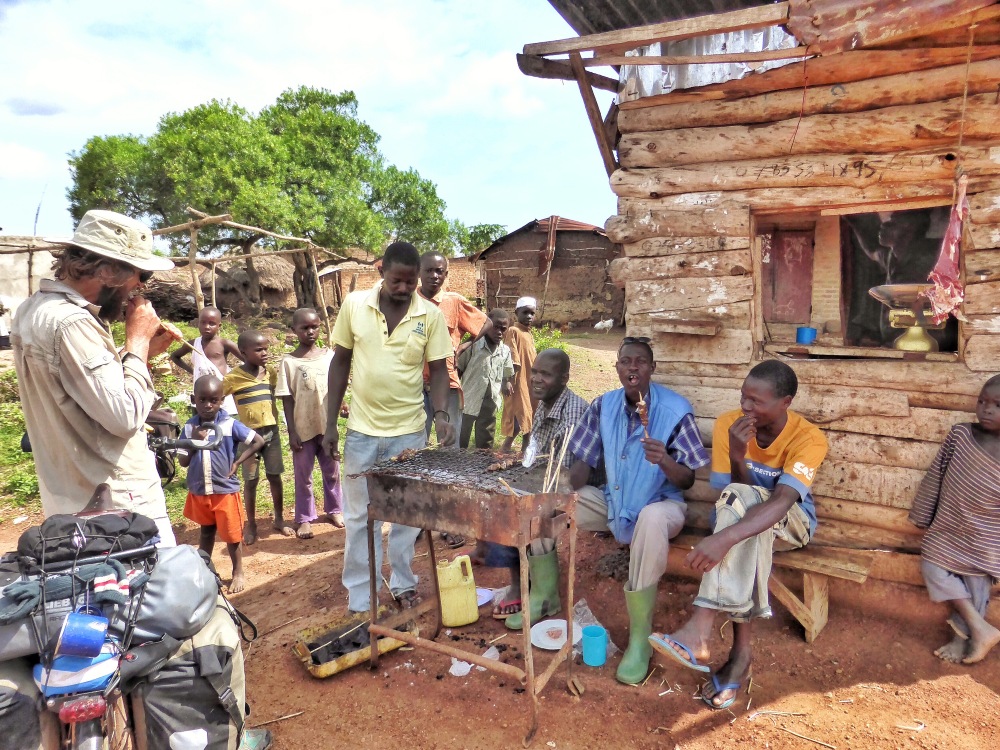 A braai with the locals

A short ride to Entebbe gets you to Lake Victoria and a three hour ferry takes you to Ssese Island. I met the kind owner of Ssese Island Beach Hotel, where he allowed me to pitch my tent. A bonfire on the white sandy beach with the sun setting was quite the tranquil setting until a thunderstorm doused the fire and sent everyone to bed. A thirty kilometre ride gets you to the other side of the island where another ferry awaits to take you back to the mainland.

A view from the island

After a night in a backpackers in Masaka, it was off to Lake Mburu National Park. I stayed just outside the unfenced park in Rwakobo Rock Lodge. Here the zebra, bushbuck, baboons,warthog and many more animals roam around between the cattle. This part of the world has cattle with horns that can apparently grow to more than two metres. The cattle ranch on the theoretical outside of the park which is run by the locals. They are trying to preserve this very unique breed which is being cross bred elsewhere. There is apparently a good relationship and understanding between the farmers and the National Park whereby the farmers will only graze their cattle on the park side if there is a drought. 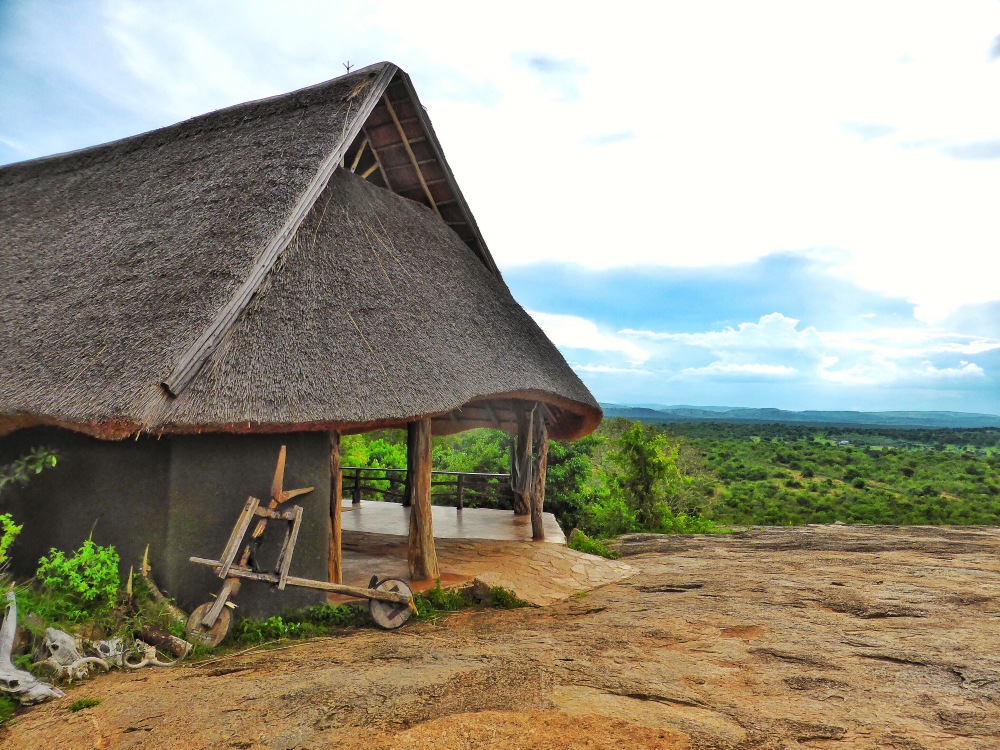 A volcanic crater has formed Lake Buyonyi Crowe which is the border with Rwanda and is a must visit in Uganda. It is not an easy ride to get to with its steep gravel banks but worth every effort. A small dugout boat took me to an eco-island lodge called Byoona Amagara, another epic spot to rest the legs, have a beer and eat some fresh water crayfish. 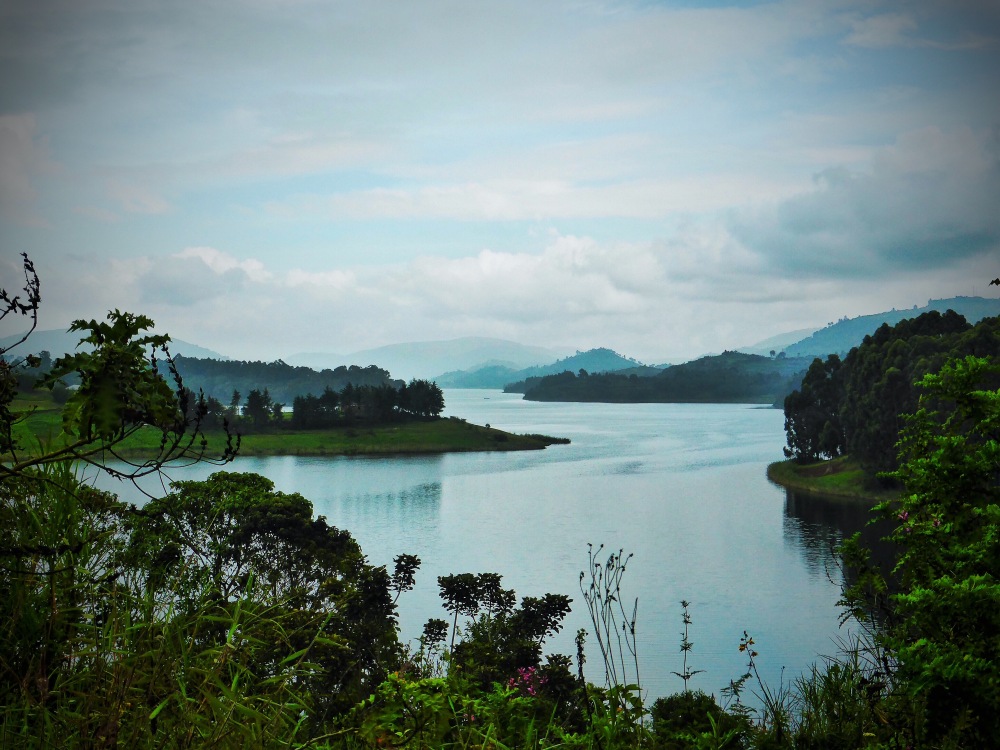