The traditional calling for prayer woke us up at 5am. Riding out of Giza Cairo was definitely a change to the orderly roads we have followed to date. We wanted to beat the rush hour. Old-school VW taxis, donkeys, 3 wheelers, motorbikes and plumes of smoke followed us until we got to the outskirts of the city. Everyone weaving inwards, outwards and giving a cursory hoot hoot just to let the fellow drivers know that they are there. The hustle and bustle at 6am was challenging enough, imagine we had left at rush hour. 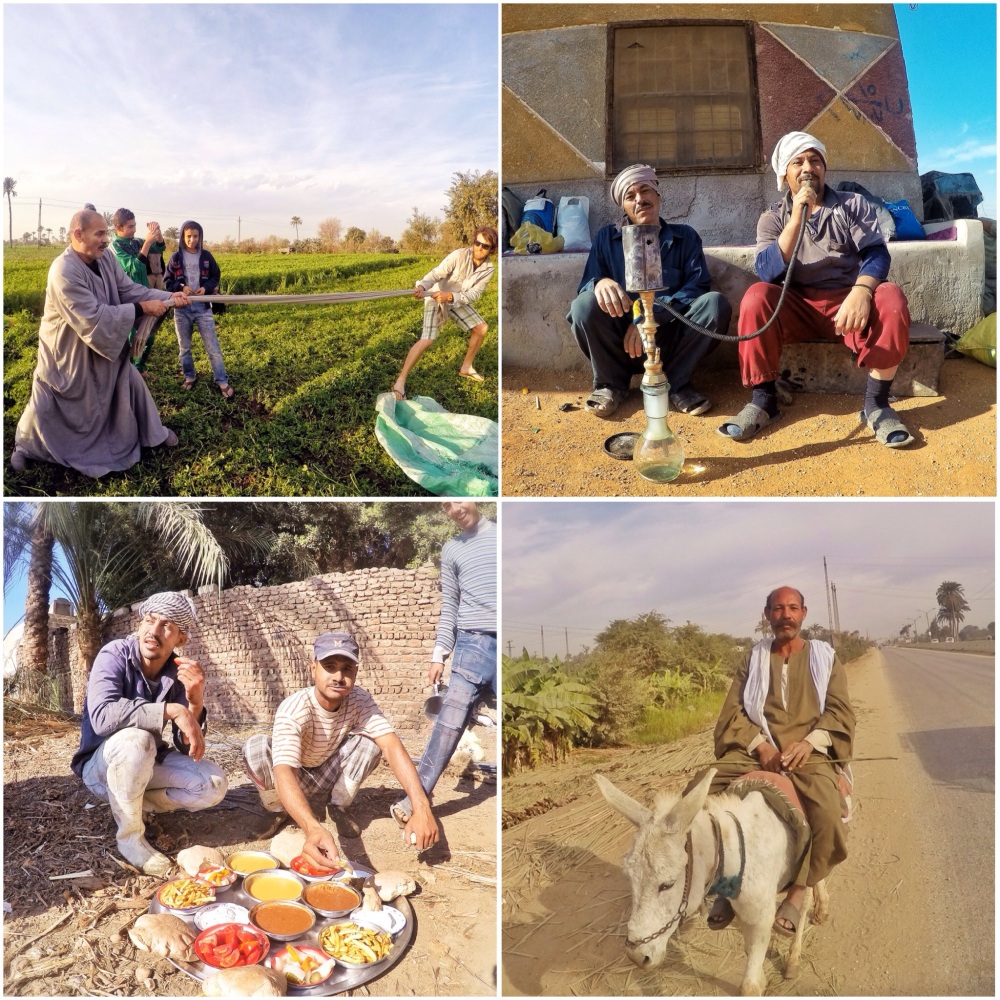 We decided to follow the Western desert road on the first day of riding. A tailwind and long straight roads allowed us to get some good distance in. We eventually caught up with the Nile and followed the last section of the first day riding through some small villages. The contrast between the desert and the Nile greenery on the flood bank is amazing.

After riding until dark and not being able to find an obvious place to pitch a tent (every square metre along the Nile bank is productively used for agriculture), we decided to ride on to the next town. But it was not to be. A police officer stepped out into the road at one of many checkpoints and kindly waved us to pull over. Apparently it is illegal to cycle at night in Egypt. The kind officers all huddled around and were all intrigued by us. We were asked what our nationality was. We explained that we were South African and that we needed somewhere safe to pitch our tents for the night. After a few phone calls by the captain we were in luck. They were kind enough to offer their jail cell as a safe place to sleep.

After settling in after a long cycle we were then told that there has been a change of plan. What could it be now? The Major of the police force had heard via the grape vine of our journey and was keen to meet us. So we packed our gear and got escorted to the Major’s office.

When we walked into his office we were initially unsure if we were in trouble or not. He gazed at us, trying to figure the two of us out. He had his reservations that we were South African until we were able to produce our passports. Once a few formalities of asking our names and having to explain what we were doing and where we were going, he started opening up and became a lot more relaxed. Needless to say we ended up having a great cup of tea and having some interesting conversations about the political situation in Egypt and how we were going to set the world right. He explained that our safety was one of his main objectives and to make sure we have a great time in Egypt.

The major was a kind man and was apologetic about not being able to find us a hotel. He was adamant however that we would not sleep on the floor, which by this point we wanted to do more than anything else. He arranged for another escort to the local hospital where the top floor was vacant (bar the odd stray cat). Other than chasing away the mozzies all night that came through the broken window, we had a good night sleep.

Even though we were eager to get going early the next morning, it was a slow start. True to the Major’s word, he was going to safeguard us and we needed to wait for our escort, which would take us to our next destination.

One of the funny parts of being under police guard was when we wanted to cross the road to have a break. First of all the policeman explained that it would not be safe because there may be snakes in the grass. Now this was taking it to the next level as surely they could not be blamed for getting two South Africans injured on their watch if we encountered a snake. After explaining that we needed food to carry on cycling and that we were not going to sit on the road, they agreed that I could go and check out the river bank. One policeman was trying to hold my hand so that I could cross the road and two others ran ahead to chase any snakes away. We all agreed that it was a good spot to stop for lunch. But first they needed to get the orange cones out and stop all the traffic so that we could walk our bikes across the road without being injured or killed. How would John and I ever make it to South Africa without this kind of protection?

We have since embraced our protection and have been going with the flow. Not all our policeman friends have been as eager and have mostly let us get on with our ways. 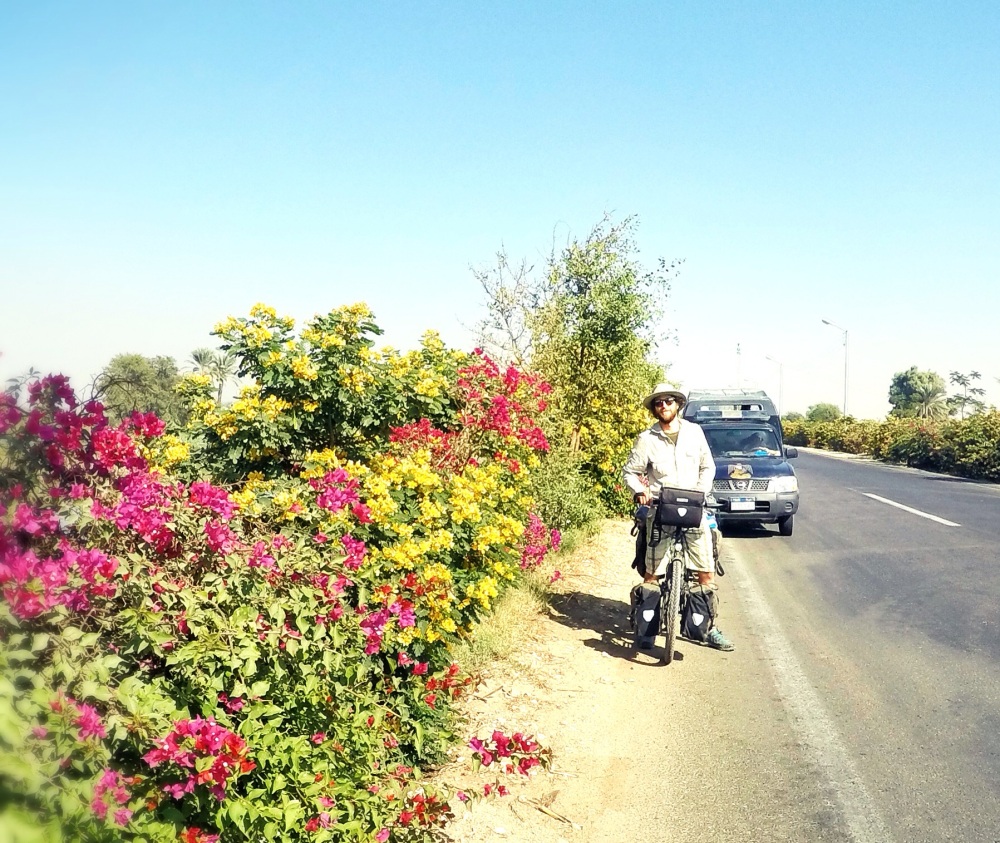 Everyone has been so welcoming and pleased to have tourists visit their country. Since the revolution, it is clear that tourism has suffered massively. This can be backed up by the fact that we have seen only two Westerners since we arrived in Luxor.

A Coptic Christian Orthodox Church we visited in Nagaa Hammadi

We have seen many Mosques being built (brilliant scaffolding and formwork)

The people of Egypt have been awesome. Some of the most generous people we have ever met. We’ve had people just so privileged to have us sit in their restaurant that they would not let us pay for our meal. The amount of times that people have given us fruit, tea and always shouts of “hello, welcome to Egypt” makes you feel appreciated.